I drink a lot of chamomile tea. I add pure chamomile to other herbal teas that don't have it in the mix, or I just add more chamomile to blends that do. It's not that I like it especially, I just find it very helpful for my anxiety and I find that a lot of blended herbals that have chamomile in the mix don't have enough. Enter: Chamomile Blooms via Teavana, as launched just a few weeks ago. If you haven't tried it yet, fret not, for I have tried it for you. :) 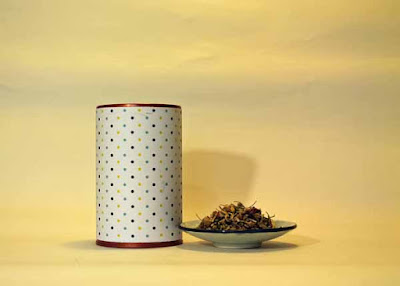 Type: Herbal Tea
Ingredients: Chamomile, hibiscus, blackberry leaves, lemongrass, lavender.
Brewing Time: 5+ minutes
Brewing Method: Tea Sachet - in the photo below, it's in the box. I used this because chamomile has a nasty habit of leaving crud and floaties in the cup that I don't care for.
Smell: Lemony and floral. Kinda like a field of flowers that's been rained on in lemon juice.
Flavour: LOTS of lemongrass flavour, can't really taste any of the chamomile, the lemongrass definitely is centre-stage of this party. It's pretty light in flavour, I needed to add a bit of honey otherwise it's a bit bitter for my preference. 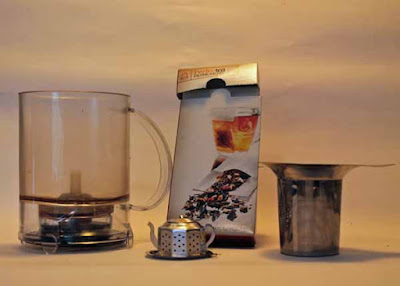 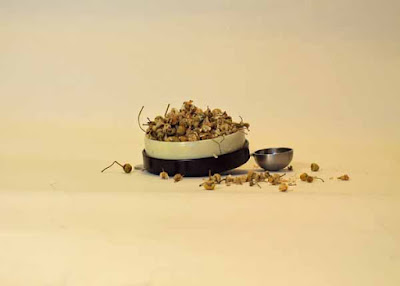 
This is definitely a blend that has enough chamomile to knock me out or calm me down, however, it struck me as suspiciously similar to Tazo's "Calm." I suspect Blooms was brought in to replace it. I think this move was because Teavana already had a blend called "Tranquil Dream" (Which I will be reviewing later.) that is similar enough. Regardless, I like this blend a lot and will keep it in my tea cabinet for a long time to come.

P.S. This post is SO overdue, my apologies. I've had lots on my plate since December, including Christmas and health issues. I've shot some content and I have enough for the next while, so I hope everyone will come back and visit soon. :) Thanks!
Posted by libertyroll at 16:34

libertyroll
I'm a twenty-something year-old with lots to say, not enough time to say it. I live in the lower mainland area of British Columbia and am currently working on my BA of Fine Arts. My love of tea has been fostered from a very young age, but I was introduced to the vast variety of teas in January of 2014, and every day since it's been quite a journey!